The first time I visited the Neonatal Intensive Care Unit (NICU), I cried.

We knew from early on in our twins pregnancy that I’d be having them at 32 weeks. So, about a week before they were due to arrive, I was sent on a tour of the NICU so I’d know what to expect, and more importantly, what a 32 week old baby looked like. I arrived for my tour along with another lady who was also going to be having her twins delivered at 32 weeks.

It was pretty overwhelming. As I was shown into the unit and asked to wash my hands, I was overcome by nervous emotion, and this was before I’d even seen a tiny baby. It was the thought of these tiny little creatures wired up to machines, so small and fragile in their huge plastic boxes. It all seemed so…clinical and the opposite of what I imagined the cosy, warm environment of the womb to be like. So as my tears spilled over, a nurse handed over a box of tissues and said they were used to crying mothers, and offered me a chair to sit on, probably nervous that I was on the verge of collapse.  (As an aside, they offered a tissue to the other pregnant lady, but she said she was okay! Some people are made of steel, I guess.)

I felt sorry for the babies in the unit, born too early and kept away from their mums. And I guess I felt sorry for mine too, who were soon to be in the same situation. I knew why mine needed to come out early, but it didn’t stop me wishing that they could stay in there for longer. I loved carrying them around, knowing my body was nourishing them.

We were pointed in the direction of a 32 week old baby, and to my relief, he didn’t look that fragile or sickly. He just looked like a small baby. I felt better, and more prepared about the impending arrival of ours the following week.

About a week later, I visited our own babies in the NICU. The nurses showed me how to touch each of them through the little door into their humidicribs and encouraged me to read, sing and talk to them. I learned how to do their ‘cares’ – changing their nappies, checking their temperatures, and moving the little monitor thing that was taped around their big toes from one foot to the other. The next day, they let me cuddle them. I sat on a chair and the nurse placed each baby on my bare chest, being careful not to get their monitoring cords tangled or pulled. The feeling of their warm little bodies being placed on mine was out of this world. I’d pull the hospital gown around us and snuggle with them for hours, or at least until their next feed was due. They were being tube fed at this stage, which was via a little tube in their nose that went down to their stomach. To feed them, we’d attach a syringe full of expressed milk that I would slowly release into the tube.

I expressed milk for them as much as I could, using a super-duper double-whammy expressing machine. After having a cuddle with them, I would trudge into the expressing room with heavy, hard breasts, to attach myself to the machine and pump out as much as I could for them. It was very satisfying, being able to provide for them, even if it was in a clinical setting. The nurses made everything as easy as possible for us mums, sterilising all the expressing equipment and giving us our own personal attachments for the machines. All we had to do was hand wash the attachments and leave them in a big container with the other bits, ready to be sterilised. To this day, whenever I use Morning Fresh detergent, it brings me back to the NICU washing area.

We met amazing people who were looking after their babies in the NICU too. One mum and dad travelled for over an hour to see their baby girl everyday. Her name was Olivia. I’ll never forget her mum for her cheery, friendly attitude. Most of the time, she stayed in a nearby hotel. Their baby was born at just 23 weeks, so they had been doing this long-term by the time we met them. I was so happy for them when they finally moved to their local hospital, which meant that baby Olivia  was doing all the right things. She was actually one of a twin pair. Sadly, her sister arrived far too early and didn’t make it. So little Olivia was a proper miracle.

We were recently invited to the NICU graduation party. Man, if I was teary going into the NICU that time, I was a complete mess rocking up to this one! The place was filled to the brim with proud families and their magic, miracle babies, who had all had such a rough start in life. Even Olivia was there, having travelled down with her mum for the occasion.

I give other mums doing time in the NICU huge props. A lot of babies weigh less than a kilo when they arrive early, so parents often have a long stint of going to and from the hospital to be with their babies. It can be a tough road. In comparison, we were so lucky. Our babies were healthy weights for their age and progressed like textbook once out. They spent a total of 4 weeks and 6 days in hospital before being discharged.

There’s a lot in the first year of having our twins that I don’t remember. It’s a big, blurry haze.

But I remember our time in the NICU.

Have you ever been to a NICU? Maybe you had a baby there yourself, or perhaps you were visiting a friend’s baby. What was your experience like?

This article was originally publish by TheLaneyFiles and has been republished here with permission. 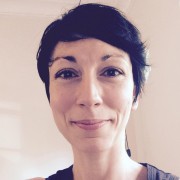 Karina is a mother to four small children that include toddling twins. They are all super cute and super needy! Getting through each day and making it to wine o'clock with her sanity intact is a true miracle! She loves her little brood and does her best to see the funny side of really messy, noisy and stressful situations.

Fear Of Food : I have a Food Poisoning Phobia