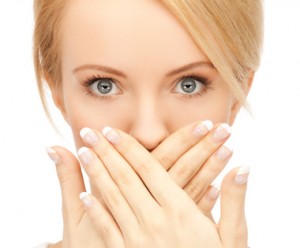 I hate making mistakes. I hate it. I agonise over mistakes, mistakes I’ve made, mistakes I might make, mistakes that could have been worse, mistakes that I feel nobody else but me would ever make. Rationally I know that everyone makes mistakes, but sometimes the fear of not wanting to get anything wrong is so powerful I’ll refuse to make phone calls “in case I say the wrong thing” or I don’t want to take risks or try new things (especially with technology) because  I just hate making mistakes. Sometimes not wanting to make mistakes is also what causes me to make mistakes, like one time in a new job the boss was standing behind me and I so desperately wanted to do everything right I made a really obvious and silly mistake, that I wouldn’t have made had I not been freaking out inside my head.

So, today, I’m going to suck it up and share some mistakes I’ve made in the passed, hopefully I can let go of some of the mistakes I’ve made and get busy making more, and maybe, just maybe, help someone else who feels like me feel a little less like we’re the only people who make mistakes. Here we go.

One time we were driving home from the shops and a little voice in the back seat says “Mummy, you forgot to buckle up my seat belt!” We’d maybe driven 1klm with our eldest unbuckled, but I felt terrible about it, as though that made me the worst mother in the world. His father had put him in his seat and then gone to load up the boot, I walked around the car and shut the car doors, we both assumed the other had done it. 2 years on we almost always verbally “cross check” that both kids are buckled in. Another occasion reminds me of Peaches Galdof’s pram incident  where I forgot to buckle my toddler into the pram, hit a bump and she flew out of the pram. Yes, I was also on my phone at the time. Never mind I had just finished a 6 hours of solid cleaning for our end of lease clean and in the 2 weeks prior our daughter had been very sick, one the hardest couple of weeks of my life with stress of moving coupled with sleep deprivation and physical exhaustion. Would I blame anyone else for not doing up the pram seat belt under those circumstances? Not a chance! Did I feel terrible about it – you bet.

One time I was doing up my son’s zipper on his jacket and it was really stiff so I tugged on it really hard and when it finally gave in and zipped I was pulling so hard when it released my hand flung up and I accidentally punched him in the chin. Yep. That happened. I was really glad nobody else was there to see it, especially the look in his eyes, the look of utter betrayal – and now I’m telling the whole internet.

There’s more, there’s so much more, it’s the kind of unimportant trivial things that keep me up at night. I still get a sick feeling in the pit of my stomach about the judgement of error I made when I was 17 and I lied to my brother about something stupid. I’m sure he’d have forgotten about it within a week, but that mistake weighs on me a decade later.

I leave the oven and stove on All. The. Time. I nearly burned the kitchen down the other week – flames leaping off the stove – because I started cooking popcorn and then totally forgot. It was only by chance I happened to walk back into the kitchen (just before the smoke alarm went off) Easy mistake. It could have been costly – but it only cost me a pot and about 50cents worth of corn kernels. I break something glass in the kitchen on a weekly basis. I’ve washed things in the washing machine that I wish I hadn’t, from phones to important receipts to disposable nappies (can you imagine gel crystals all through the clothes – shamefully it’s happened more than once) Also the other day I put body wash on my face thinking it was moisturiser.

I can’t count the number of times I’ve approached the counter in stores, began paying for my items, and had the sales person ask me what I planned to do with the clothes/items hanging off my pram. I’ve managed to walk out of stores a few times like this – then sheepishly walk back in to return said ill-gotten gains.

I’ve made so many social mistakes I call myself a walking faux pas. I forget people’s names, I misread social cues, my foot seems to be in my mouth more often than it’s not and when I get nervous rather than stop talking, I talk more, which never ends well. I forget social engagements that I’ve RSVP’ed for and I’ve turned up to social engagements which I’ve failed to RSVP’ed to, or go to the wrong venue, or on the wrong day. I’m really grateful these days a lot of events are planned over Facebook and I find myself double checking the times, dates, locations while on the way to events to avoid mistakes.

So, there it is. Please (please) feel free to share your own mistakes!

The True Cost Of MLMs – Losing Money and Friends