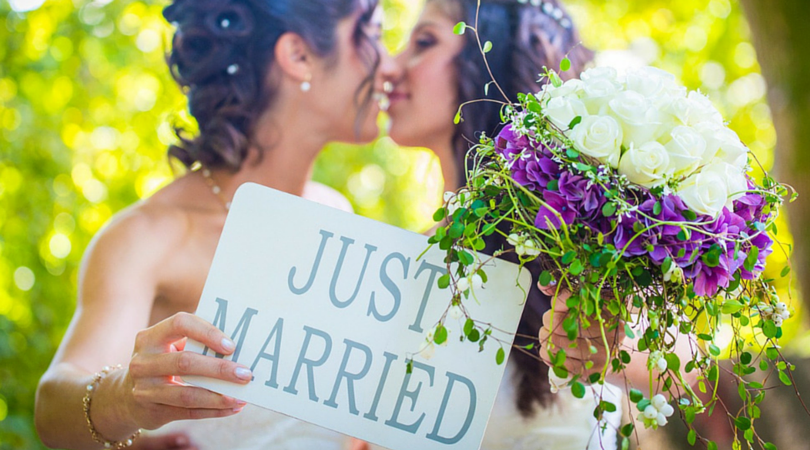 This is something I’ve thought about writing for a while and the main reason I haven’t is it feels like it is so incredibly obvious that it really should go without saying. BUT here goes. I’ll say it.

There is absolutely no valid argument against marriage equality.

Not even a little bit.

I’m not saying people aren’t entitled to have an opinion. People will still be homophobic assholes after same sex marriage is legalised, but at least those assholes won’t be backed up by clearly discriminatory legislation in this country.

This Has Gone On For Too Long

By my later teens I would say things like “Marriage equality is a matter of when, not if, so people who are against it should just get over it, because their feelings don’t matter more than someone else’s right to equality.”

And now I’m shocked, appalled and embarrassed by this country and it’s leaders that marriage equality is not just a thing now. It should be here already. We shouldn’t be talking about it anymore, so we can move on.

“Marriage is between a man and a woman!”

If you think that marriage is only between a man and a woman – that’s fine. If you’re a man, marry a woman. If you’re a woman, marry a man. No drama. Same sex marriage being legalised won’t make it mandatory. Your own choice to marry whoever you want (who also wants to marry you) won’t be compromised. And don’t forget the definition of marriage in Australia was only changed to: “…the union of a man and a woman to the exclusion of all others, voluntarily entered into for life.” in 2004. Which is also demonstrates that the definition of marriage can and has changed over time. So there’s no reason it can’t be changed again.

“Marriage is a religious ceremony!”

Given that we live in a country with a diverse beliefs, and a growing number of people who identify has having no religion, it is completely inappropriate to base Australian’s law on religious beliefs.

“Marriage is about procreation.”

Or if you think that marriage should only happen between two people who can have children together that are biologically their own does that mean people who don’t plan to have children or who are unable to conceive should not be allowed to get married? If a man has a vasectomy or a woman has her tube tied does that automatically result in divorce? Obviously marriage and having children are two very separate things.

“Children need a mother and a father!”

One argument that I keep seeing in contradiction to the above issue is the the concern that marriage will somehow legitimise or allow same sex couples having children. Same sex couples can already have children. And they make awesome parents. (Probably better parents than anyone who’s arguing FOR discrimination. Just sayin’.)

On the other hand there are many good reasons to support marriage equality.

While marriage equality will not prevent bullying and discrimination of people based on their sexuality, it is a huge step in the right direction. Allowing people to marry demonstrates in a very clear way that this country recognises that same sex couples are equal to heterosexual couples.

This will have a positive impact not just on the couples who are currently wanting to get married and being denied that right, but young people who will know that one day they will have that option and for children who will be able to see their parents get married.

If that doesn’t move you – marriage equality also benefits the economy. Including, but not limited to, an estimated $742m that ”same-sex wedding-spend will inject into the Australian economy.” and “$7m…increased revenue state governments will receive from same-sex marriage licence fees.” (source)