If we could keep the kids indoors and strapped to the couch, where they can’t get dirty you probably could get away with maybe a shower once a week.

There is no fun in that. As parents we both let our kids play and get dirty and every night they have to shower and get ready for a relaxing sleep.

In our household there is no routine for shower times, it just happen. It’s when the playing stops and dark outside or it’s hurry up it’s bedtime, I just want you out of my hair.

The 1st parent to decide its shower time means play time is over for them and it’s shower time. I often shower the kids but sometime when the missus calls shower time she asks me “Do you want to give them a shower?”  and its my option yes or no.

HOWEVER the other night she asked me “Which one do you want to shower?” –  I’m trapped. I have to take one and  “No” Isn’t an answer to that question.

Decisions – Decisions. The 4 year old or the 1 year old. I quickly thought through the whole shower event. Carry the girl upstairs undress her, wash her, dress her again, bring her back down stairs – all during her nightly grouchy time. Bugger that, I took the 4 year old boy. He undressed himself, all i did is wash and dry him and he put his pjs on and then heads back downstairs. Better leave the baby to the professional.

I am after some shower time research:- What’s your nightly routine? – Who does what and when? Do you have set times and jobs for each parent? or just make it up as you go along? 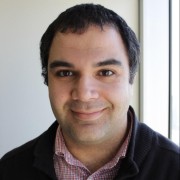 Famous is a dad of 2, (boy & girl) and he is Rachel Stewart's other half. He's a fun and funny dad, the king of "dad jokes" and has his family laughing whenever he's home. His favorite part of parenting is the funny things kids say and do.