I’m going to say it. I don’t think having a smart phone hasn’t ruined my life, relationship or ability to feel joy. 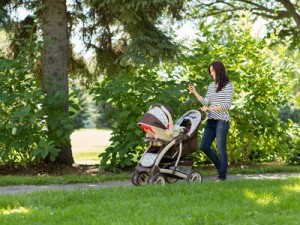 I’ll admit I do get too distracted sometimes, too  busy, too caught up in “hold everything, someone was wrong on the internet” but on the whole I find that a smart phone is a very useful parenting tool. I love that I can share photos instantly with family and friends, I was able to send my mum a photo of our daughter in the dress she bought her for Christmas instantly and easily. Yes, I’m still pretty impressed with camera phones and MMS. I can balance the budget, chat with friends, read and send some emails, browse Ebay, set reminders to go off on both mine and my partners phone, all while breastfeeding my daughter on the couch, is also pretty cool.

The other night as I lay between my two dozing children while silently amused by some witty meme posted by a friend I realised I used to spend a lot of time fretting about “self-settling” or about how it took me to get our eldest to sleep. In the first 18 months of his life I spent a lot of time in the dark, bored to tears (sometimes literally to tears) because I couldn’t leave him to cry himself to sleep, so instead I’d lay with him, in the dark, stressed and wondering “how long is this going to take?” You know what doesn’t help a baby or toddler wind down? A mummy beside them getting wound up. I used to get really touched out during those night feeds, you know that “Just. Stop. Touching. Me. And. Leave. Me. Alone!” feeling (99% of the time only in my head, I didn’t say it aloud)

But when he was about 18 months old I got am iPhone. Suddenly bedtimes weren’t a chore, they were a break. Actually they were this lovely time where after a story, a song, and a feed, we’d curl up to cuddle and over his shoulder I could catch up with the world, check in with friends, the dishes could be sitting in the sink and toys spread all over the living room floor, but in the dark, I could be snuggling into the most precious little person in the world, while I caught up with friends, guilt-free at the time I was taking for “myself”.

On bad nights, If he just wouldn’t settle – for hours – if I felt like snapping at him, I could post “come on, just go to sleep!” as my Facebook status, and a few friends would tap like and suddenly I wasn’t alone in the dark. I was supported, I was heard, so I could stay calm and give my little boy gentle reassurance because I was getting my needs met also.

Around 2 years old he went through a phase of waking around midnight and not going back to sleep until 3am, with smart phone in hand I could sleepily read blogs, forums, flick through my Facebook feed, Google things like “how to get a 2 year old to sleep?” and stay awake while he quietly played in his room or watched a movie. When this had happened pre-smart phone I felt a lot more frustrated, and out of control, and bored – so very bored – but once I’d assessed that no matter what I did, he simply was not going to go to sleep until he was ready, I could settle in for a bit of late-night shopping on my phone.

Pre-smartphone I used to take a book or knitting to the park with me, but with a smart phone I can stave off boredom just that much longer. My energetic little boy would happily stay at the park for hours, especially  when he was a toddler we lived in an apartment, his backyard was a nearby fenced toddler playground but even with a book and knitting in hand, I start getting bored half an hour in and by 45 minutes I was ready to leave. With a smart phone – let’s bring lunch and make a day of it!

Aside from keeping my own mind stimulated, my smart phone gives me all the answers to all the questions my 5 year old can possibly ask, without needing to boot up the computer. “What is fire made of?” “How are sausages made?” “How do you make a 16 pointed origami ninja star?” (<- this Origami channel is my favourite for origami tutorials, he takes it all very slowly and clearly.) My phone provides recipes while we stand in the kitchen, craft ideas as we dig around in our craft box, detailed answers to complicated questions, wherever we may be when it’s asked, it’s all there, ready and waiting, at the tap of a thumb.

Also, I’m more confident taking the kids new places, between Google maps, Transport planners (I don’t drive) and the local BOM radar, I can navigate on foot, by bus or train, while keeping an eye on the upcoming weather. And with the help of Google Maps, by entering “playground” into the search bar, boring errands can become fun outings for the kids, as we find the nearest playground is often only a few hundred meters away, it’s just a matter of finding them.