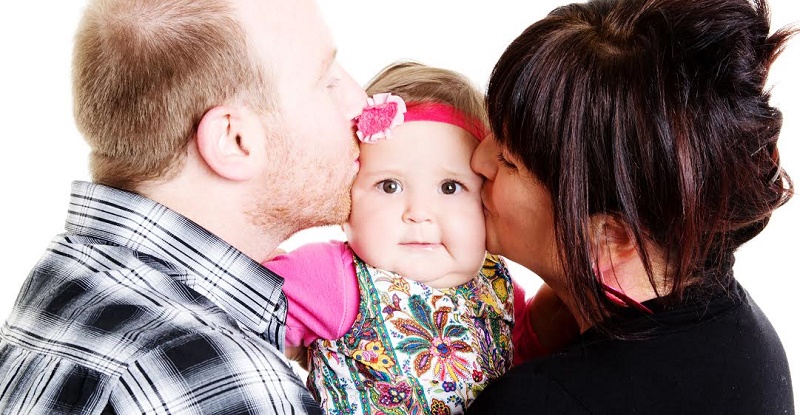 I am a behaviour management expert. Yes that’s right, I said an expert in my field! I have been working with challenging children for the good part of 14 years. I have been giving advice to desperate parents on how to meet the needs of their challenging children, providing them with strategies to use and encouraging them to be firm, but loving. All of this I might add was given well and truly before I became a parent myself. I remember thinking that I would be so in control; my child would be well behaved. I really found it difficult to understand how so many parents seemingly got it so wrong when it came to discipline.

Well guess what happened next? I actually became a parent. Talk about a slap in the face with a wet fish.

My little ‘pot of honey’ has just turned two, and I would be absolutely lying if I said that this behaviour management thing was a breeze. Who would have thought, that the behaviour management expert would be the mother of a child who was particularly challenging. How did that happen? I found myself questioning everything that I ever knew about how to discipline a child. My confidence as a mother diminished rapidly after yet another disastrous visit to a play centre where my daughter managed to find someone she could slap in the face or push over. I cried in frustration as nothing I tried seemed to make any difference to this aggression. I looked on in jealousy at all the other mothers sitting around relaxed, sipping their coffees whilst their children played on their own. Meanwhile I could barely finish a sentence before I was rushing to the aid of yet another child who was screaming because aforementioned ‘pot of honey’ had them in her grip of terror. Somebody pour me another glass of wine please!

On two separate occasions I was accosted by other mothers who were so distraught over my child’s aggression. One was a complete stranger and another was actually a mother from the mothers group that I attend. “I needed to be more responsible” I was told. “I should be watching her at all times if I know my child is prone to hurting others”. There were times when I didn’t want to leave the house. I was too scared that I would be yet again be vilified and judged as being an irresponsible mother. Then there was the time that my child was so badly behaved on an aeroplane that I really could have just died. She screamed and thrashed about so outrageously that I really thought the pilot might put over an announcement asking if we could just ‘keep it down in the back”.

Everyone told me it will pass – it’s just a phase. And you know what? They were right. Within a few months the aggression was gone. For so many of the families that I have worked with, this is an ongoing battle that will continue with them for many years, even a life time, for various reasons. Life with a challenging child is never easy. I now know what it feels like first hand to be on the receiving end of those stares and disapproving comments, and I can honestly tell you – some days it just really sucks!

So here is what I learnt in those few months that felt like they would never end:

I am so lucky to have a wonderful support around me

I have people in my life who constantly tell me how much of a wonderful mother I am. People in my life who actually know me and my daughter, and know that I am a responsible mother. When I was feeling low I would spend time with these people and their children as I knew if an incident did occur, it would not be an issue. For those who do not have this, my advice would be to try to create it if possible. Put yourself out there – join a playgroup, talk to other mums at the park, give a mothers group a go. For people who find it difficult to make conversation just talk about your child, or ask other mums about theirs. From my experience most mothers generally have the same insecurities as each other. We have all felt isolated, lonely, question ourselves and sometimes need reassurance that we are doing a great job.

Never forget how beautiful your child really is

Every day is a new day. Always begin with this attitude and expect the very best from your child and the day ahead. I found the day after a particularly challenging day I would sometimes just spend it alone with my daughter. She would make me laugh. We had fun together. She would show me just how loving, kind and caring she actually is, when not under the pressure of her environment and developing brain. I was reminded how blessed I was to be her mother. She is not evil. She doesn’t do it on purpose. It is all part of her learning and trying to figure out how the world works. I used to ‘drink her in’ on these days together, and use these memories to replenish myself after yet another incident

Talk to your Maternal Health Nurse or ask for help

The first nurse that I was initially linked with didn’t seem like a good fit for me, so I changed until I found the right one. For me I liked being able to see the same person each time, and when she moved branches I followed her. I was happy to drive the extra 15 minutes to see someone I had formed a relationship with and who knew my child. This is a free service provided to us parents. The nurses have so much knowledge about child development, and it was so reassuring to hear from her that I was doing the right things. They also have a wealth of knowledge on other agencies for you to contact if you feel like things are just getting a bit too hard.

Joining a mothers group was a blessing

I am part of a mothers group that (mostly) knew I was doing the best that I could to teach my child how to behave appropriately. I have to admit that I was very anti mothers group in the beginning. I already had plenty of friends with kids to hang out with…or so I thought! What I didn’t realise was that children generally run on their own timetable, and sometimes this just does not fit in with all of the other friends you have. When you are matched with a mothers group all of your babies are around the same age and are usually running on the same schedule for sleeping and eating. I also never really understood how great it would be meeting other women in my local community who were literally a 2 minute drive away from me. It has made me feel more connected to where I live and often bump into the other families at the supermarket or park. The important thing to remember about mothers group is they don’t have to be your best friends. If you make one genuine friendship out of the 10 mothers you are linked with, then that is indeed a bonus. You are only linked by the fact that you have a child the same age. This doesn’t mean that you will have an instant natural connection with the other mothers. Just take it for what it is and don’t over think it.

Staying consistent in my message to my child

No matter how many times she hit – the consequence was the same. She was removed and I followed through with the steps that I had taught other parents so many times. The issue with the thinking spot (as we call it) is that so many parents give up. They have to stay consistent and follow through with the steps no matter how many times the child gets up or moves. I have done it in the airport, in the supermarket and the park and everywhere else and in between. I am teaching my daughter through my consistency that in our family her negative behaviour will not be tolerated no matter where we are. Yes people will stare at you and possibly frown. I used to just give them a smile and say something like – “Gee it’s going to one of those days”. Most people will then smile back and are sympathetic as they have probably all been there themselves at some point. It has been so cute to see my daughter place her teddy on the ‘thinking spot’. It shows me that she understands what it means, and she actually put herself there once. We had a really good chuckle over that!

I always made sure to apologise for what had happened and check that the other child was ok. I asked the mother what her child’s name was. This showed that I cared. Generally most mums would be fine about it. I say most, but not all. In my two negative experiences no amount of apologising was going to be enough. As difficult as it was and after my tears had dried up, I came to the realisation that they were entitled to their opinion and they were only protecting their child. However, part of our responsibility as parents is to teach your child that sometimes they can get hurt. One of the other mums in my mother’s group who’s child had been hit so many times by my daughter, turned the situation into a learning experience for her child. She wanted her daughter to be able to defend herself and know what to do in that situation.

Being a good parent really is exhausting

I take pride in being a good mother. I know that I am doing the best job that I can. Some days are just so much harder than others. I try to console myself by telling myself that my daughter won’t be young forever. Children really do grow up before your eyes. I swear my daughters face had changed last Tuesday after I picked her up after day care! Is that even possible? She is now talking so much more and the aggression phase seems to be decreasing in frequency. Young children really do have such limited options of ways to express their emotions. Their tantrums and aggressive phases are their way of communicating.

So, I have realised, that I really have got the rest of my life to sit and drink coffee. For the meantime, my daughter needs me to support her and help her learn right from wrong, and how to negotiate her way through life’s challenges. How lucky am I, that I am the one who gets to do that?

Chrissie Davies is an educator, consultant, loving mama via open adoption, and is a passionate supporter of children with social and emotional behavioural issues. She is committed to using her vast experience to support families to create their own emotionally healthy, and happy homes.

“Our family – just the right mix of chaos & love”