I often hear people talk of the unrealistic expectations they had before they had kids. How they thought it would be a breeze, they’d pop back to their before-baby-body as soon as the kid escaped them (which would be easy, and totally fine to do with no pain killers or medical intervention) and life would resume as per normal with a very adorable new accessory. Then they had kids, and their perfect little bubble was shattered as they were confronted with the harsh reality of parenting.

It’s often when I make some comment about wanting a baby, usually accompanied by a viewing of someone else’s adorable bundle of joy, that I’m given an empathetic smile and the comment “you have no idea how hard it is”.

I’m intrigued by this comment. Why? Because I know.

Maybe it’s an occupational hazard of reading so many blogs, being on twitter and attending blogging events where the majority of people are mothers. Maybe it’s the fact that my mother was a midwife and from a very early age I knew exactly where babies came from and could reassemble a scale model of an anatomically correct pregnant woman while still in primary school.

But I know it’s going to be hard. I know that, I’ve always known. In some ways I feel I have an advantage as I head towards this future of being a mother (assuming I can have kids, which is a whole other post for another time), because I know that it isn’t going to be easy.

I know getting out the door in the morning is going to be a mission. I know a million and one people will provide “helpful” advice. I know that some days you’re going to be so sick of your kids, even though you love them more than any love you ever knew before. I know all this.

But most importantly, until I actually have a child, I know I don’t know shit.

Did you think you knew it all before you had children? Have your opinions changed? 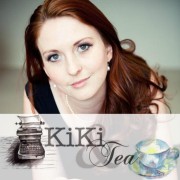 Tamsin is a wife, stepmother and blogger with a passion for people and relationships, fashion and beauty, and an inability to successfully complete household tasks. Married to The Viking with 2 cats Isobel, she’s got co-dependency issues, and Lionel, an adopted rescue cat with a not-so-nice past. She is passionate about equality, both gender and sexuality, breaking down the “evil stepmother” stereotype and making the world a better place.