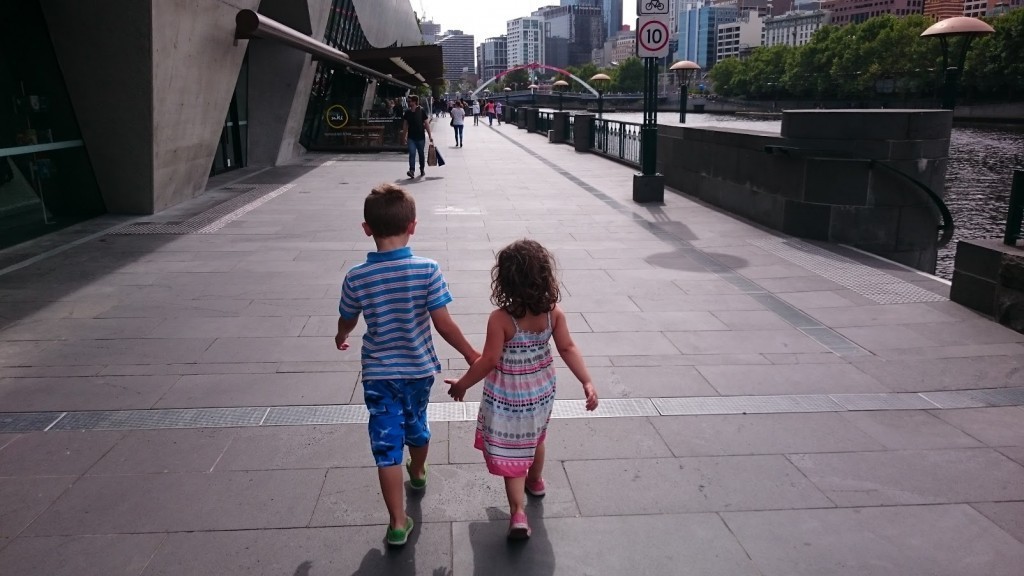 When is it okay to leave children unsupervised?

It’s a simple enough question and it’s one that I’m finding myself asking myself often, in small ways.

My children aren’t babies anymore, but they’re still very little in the grand scale of things. They’re just 3 and 7 years old. There is a lot of reasons they still need quite a lot of supervision. Though more and more I’m spending less and less time hovering over them. They just don’t need as much of me as they used to.

I can leave them inside while I hang out washing. They can play in the yard without me needing to go outside with them. I check the mail and fetch the bins without even a second thought. I’ll load them into the car and run back inside for whatever it is we’ve forgotten.

These are normal daily occurrences.

But what about parked outside Dominoes while I collect a pizza order – can I safely leave them then? What if the car is a few shops down? What if it’s across the road? What if it’s out of sight?

Growing up I remember spending hours waiting for my mum in the car. It would be totally normal to be left in the car while she went to the bank, and the post office, and the chemist – or whatever errands she’d need to run. And nobody would have thought of anything of it. We played in the street all day with neighbourhood children as preschoolers. We were left home alone for short periods of time from primary school aged. We could go to the shop or the park by ourselves. All of these things were perfectly normal, and seemingly safe, as a child.

But I know I wouldn’t make some of the same choices my parents made regarding supervision (or lack thereof) because it was a different time and place.

And I’m not planning to leave them for long period of time, but it’s things like – how far is too far to return a trolley? Or should I take them with me to pay for petrol? When could I walk to a corner store without them?

I know – there’s no easy answers, and no one solution fits all, and I suspect it’s a question I’ll be asking for a very long time.

So, where and when do you think it’s okay to leave children?