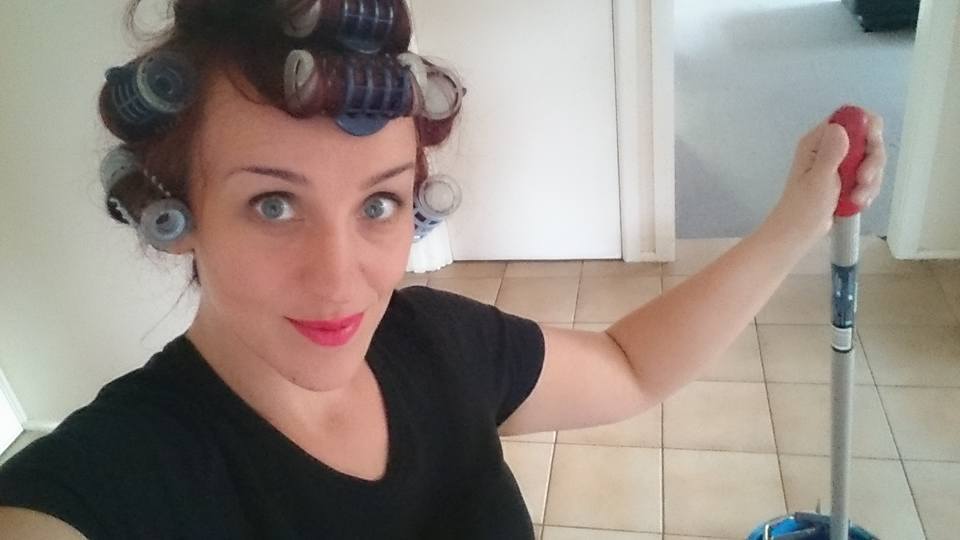 Basically I felt like I wouldn’t be a welcome part of the feminist movement while I did things that are generally considered feminine or female roles.

Here’s the thing… feminism does not seek to control what women do with their own bodies, nor does it intend to limit women’s choices.

How absurd! That’s the opposite of what feminism is about.

And also that I’ve been a feminist all along. As a teenager I was very passionate about the fact that this is my body and nobody is going to control my experience of it. I enjoyed sex. As much of it as I could get. I remember when I had my third sexual partner it was like a massive light-globe moment, because it felt amazing. I felt amazing. I was waiting for shame. Shame I’d been told I would feel if I was too “easy”. That was my big “This is my body and I’ll do whatever I want with whomever I want (obviously provided that consent)” epiphany.

Double standards where boys would be high-fived and girls would be slut-shamed enraged me and I spoke about it often, and at length.

So…What was teenage me doing? Advocating women’s rights. Tick. On grounds of equality of the sexes. Tick tick!

Ipso-facto I was a feminist.

There were other things I became passionate about as I learned of them. Realising that men hold the vast majority jobs with high levels of power and also income. And many other issues – I won’t rehash exactly what feminism is – I’ve written a bit about that before here.

Though I will say feminism is not a hive-mind, or a globally organised movement. Not all feminists do and believe the same things. So there’s no one set of attributes or specific values that define someone as a feminist – other than the belief that women should have equal rights and opportunities.

So feminism doesn’t aim to criticize and shame women for their choices – that being said feminists absolutely do break apart restrictive gender roles. Part of this is questioning beauty standards, women’s roles as mothers, disproportionate amounts of unpaid labour (ie housework) and so on.

That does not mean you’re any less of a kick-ass feminist if you enjoy being a mum, wearing make up and keeping your house clean, but even then there is room for self reflection. It’s hard to make truly free choices when we live in a society that boxes in what women are supposed to want and do.

But even if our choices aren’t entirely free of influence – we still have the right to choose! It’s something I always think of when people romanticise certain aspects of older times. Like wishing they could be a 1950s housewife. You know what is glorious about not being a 1950s housewife? You can choose to keep your house immaculate, and fix up your hair and make up before you husband gets home and cook him his favourite meals every day – that’s a choice you have – not a requirement because of your gender.

Gendering McDonalds Happy Meal Toys – “Is it for a boy or a girl?”