We are giving away the complete box sets of both

“Born in 1935 in Cleckheaton, West Yorkshire, Charles Roger Hargreaves is Britain’s third best-selling author of all time having sold more than 100 million books, including all the familiar Mr. Men and Little Miss characters. Roger Hargreaves followed a career in advertising before becoming an author and illustrator.

He wrote the first Mr. Men book in 1971 when his 8 year old son, Adam Hargreaves, asked ‘What does a tickle look like?’ In response, Roger drew a figure with a round orange body and long, rubbery arms and Mr. Tickle was born.” 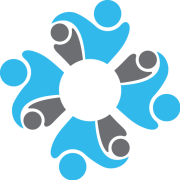 Parenting Central has the best pram reviews, product reviews, advice and support for parents. We write about parenting issues, what’s going on in our lives, responses to what’s in the news or trending topics, as well as product reviews, and the occasional activity or recipe.