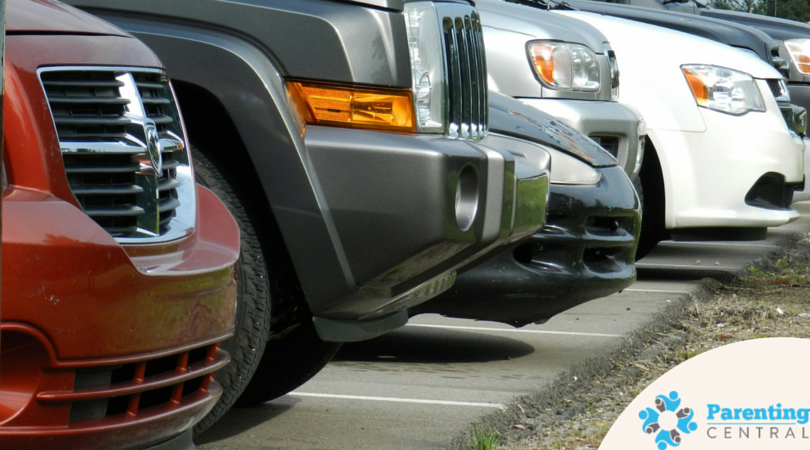 To the Person who Double Parked in front of the school gate,

Hi, I don’t know if you saw me, I was 2 cars back from you while you unloaded your kids from the car so they could run directly through the school gate 4 minutes before the bell went. I don’t know if you noticed there was a parking space about 5 meters in front of you.

But, hey, I get it, you were running late. But guess what – so was everyone else who was stuck behind you waiting for you to pull forward so that we could park our cars in the available spaces and let our kids out too.

Do you realise that there was also 4 parking spaces another 10 meters ahead of you, on the other side of the road. Sure you’d have had to park the car, get out, walk your children across the road – but that’s what everyone else has to do. If everyone just double parked and let their kids run out wherever they felt like it the traffic would never move and nobody would be able to get to and from school.

Are you aware that last year a grade 1 boy was hit by a car in front of the school? I’d naively thought that might have been a wake up call. I’d have thought that would have made parents aware of what is at stake here.

Isn’t it embarrassing to read every month in the newsletter the school begging parents not to park and drive illegally around the school? Doesn’t it make your cringe that grown adults need to be reminded every month just to follow the rules – and then they don’t? As a parent whose children attend the school doesn’t it frustrate you that the school principal has to stand at the school gate to watch parents parking because only when they’re being watched – or told to move along – that they do the right thing? Don’t you think he might actually have something better to do than monitor parents who should be capable of parking legally and letting their children out of the cars safely?

Can you explain to me why so many parents seem to think that the road rules just don’t apply to them within a 1 block radius of school? I would have thought that parents would be more contentious about driving carefully and safely around children – not less.

I know it’s not just you – and it’s not just double parking. It’s parents who speed towards the school because they’re running late. Turning sharply around corners without indicating. Who pull out to perform awkward 16 point turns in bumper-to-bumper traffic. It’s parents who leave their car in the “Kiss and Go” zone. And I’ve even seen parents rolling passed the school while clearly looking at a phone held on their lap.

But just because everyone else is doing it doesn’t make it okay.

We’re all in this together, we’re in the same boat, we want the same thing – to get our kids to school on time as safely and quickly as possible.

Anyhow – I feel a little better having gotten that off my chest and if you could just think about it, that’d be great.